User operations can be executed by 3 types of Interfaces (Web, Spreadsheet, and Rest API). ITA also records operation information from any Interface such as “who did it, when, what?”

With role-based access control (RBAC), user can define roles such as developer, operator, users, and control what each role can do such as view only, update, execute. 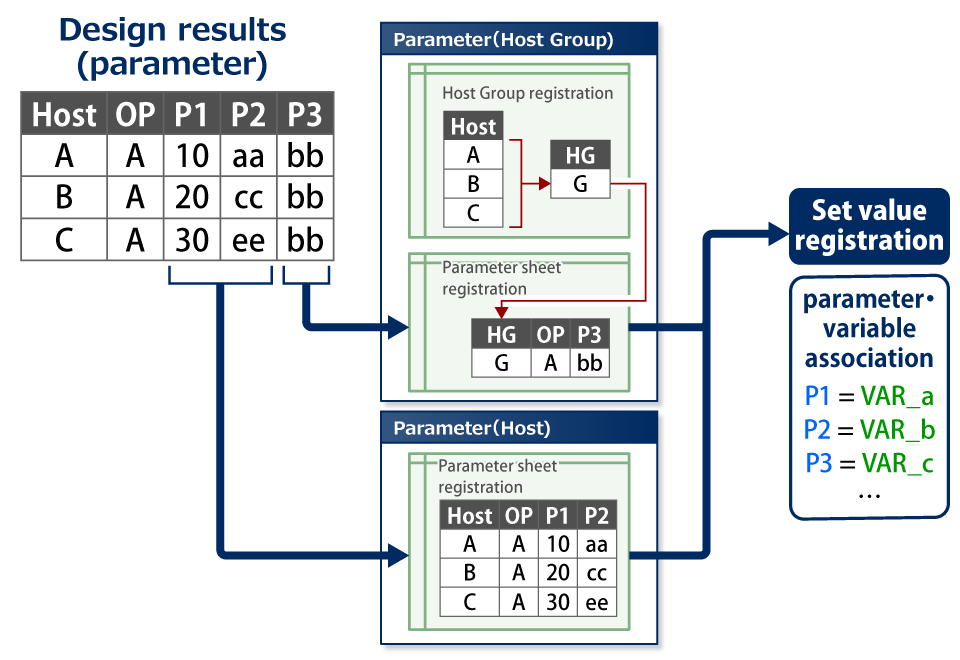 System parameter information can be grouped and history can be managed.

*If there is no error, register a new variable named "VAR_name", in addition if there is no same error, IaC is managed in adequate manner.

In ITA, when IaC is uploaded, it will first analyze whether there is any error in IaC. If there is no error, the variable name from the IAC description is obtained and managed. Since variable names are used in selection formulas, human errors such as typographical errors do not occur.

Function to improve the reusability of the IaC

ITA can reuse IaC (Playbook, etc.) without ending it in one attempt, IaC can be modularized and assembled at the time of work.

Example (In case of Ansible): Collect and connect the required Playbook and create host_vars from the parameters for each node.

If User can't automate by using any of the Ansible modules, then the benefits of automation will be reduce down to half. Therefore ITA offers Pioneer mode which acts as trump card which doesn't stop the automation.

Acquisition and collection of system inventories

Inventories acquired using automation software IaCs can be automatically collected by IT Automation.
IT Automation can be used for IT asset management.